The book says 16.5 miles, but I think I did an extra two or three, due to taking the “indirect” route. (I won’t say I was lost.) Apparently, in big cities, hostel owners will repaint the yellow arrows to direct walkers to their businesses, rather than the central city. I think I got fleeced by a few of those before instinct kicked in and I pulled up Google Maps on my phone. Sometimes you gotta go high tech.

I have arrived in Burgos and am here in a tiny, ancient hotel room. Right out my open window is the magnificent Burgos Cathedral and I can hear the fountain that has been flowing for centuries. I am on the 4th floor, eye level with a few of the saints carved on the building. As soon as my feet stop throbbing, I’ll venture a visit.

While I have time, with my feet up, I’ll tell you about the day so far. It was not a day for many photographs, as much of it was spent walking in the rain. It began with a walk to Agés for breakfast. At a small cafe, I went in to order my coffee. On the counter were some empanadas. In my rudimentary Spanish, asked the owner about them and she told me she had made them. She said it took 4 hours and she demonstrated the motions of rolling and pinching the pastry. I tried to find out what was in them, but only succeeded in learning what was not — no meat, no cheese. Okay, I bought one. She carefully wrapped it for me to take for my lunch. 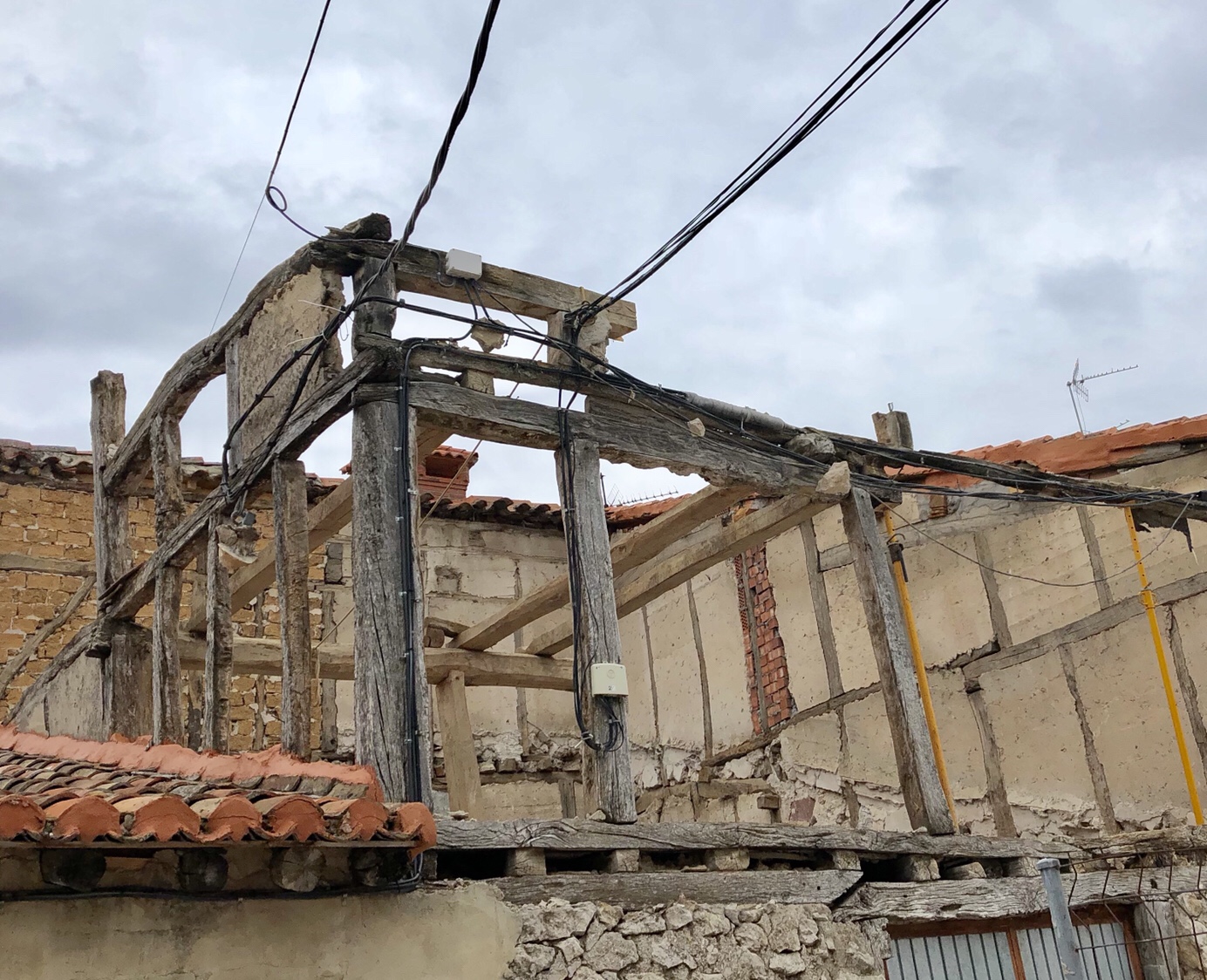 If you can’t live in it, you might as well use it as an electric pole.

From there, my walk took me up some rocky sheep trails, where I had to watch my feet at all times.

At the crest, I got a beautiful, but overcast view. 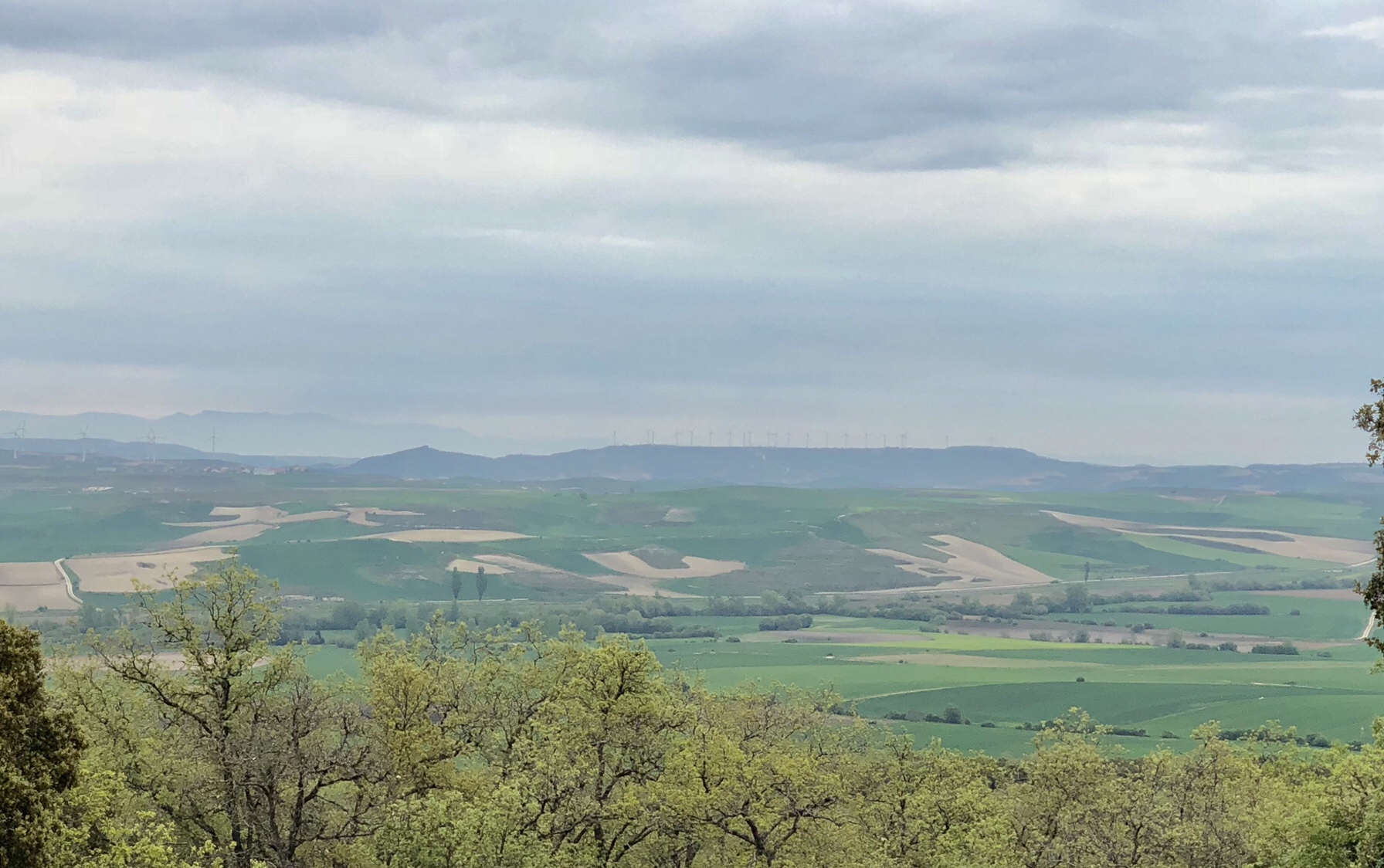 Then the rain started. When I reached a town, I ducked into another cafe, just to take a break from the downpour. I sat there, soaking wet, eating fresh strawberries and listening to 5 languages being spoken all around me, none English. Surreal.

The approach to Burgos seemed endless, taking me by the airport, several belching factories and through an industrial area. It went on for hours, with no place to sit down for a rest. Finally, I could take it no more. I sat down on a curb and opened my empanada. Flaky crust, filled with curried vegetables. Talk about comfort food! 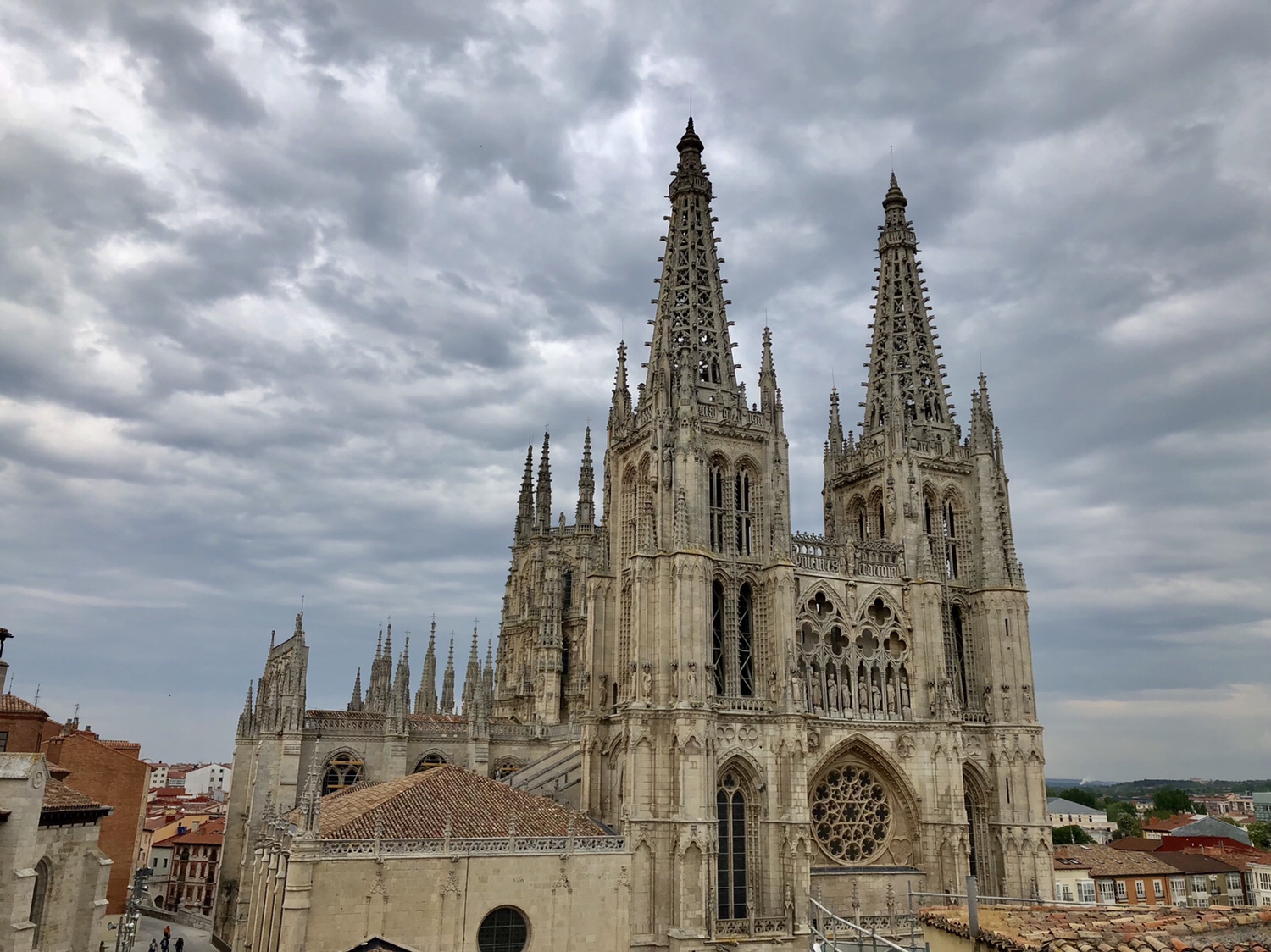 I expect to sleep well. Tomorrow’s a toss up. Continue on or take a “rest day” here, as many pilgrims do.