Last night, after I signed off, we attended the Pilgrim’s Mass at Roncesvalles. The sanctuary was packed. Three priests presided over a candlelit service in Spanish in soft, lilting voices. Though we were able to translate only every tenth word…Christ, pilgrims, espirito…we understood everything. At the close, they gave us a pilgrims’ blessing sending us safely along the way. Now, I know we’ll be okay. 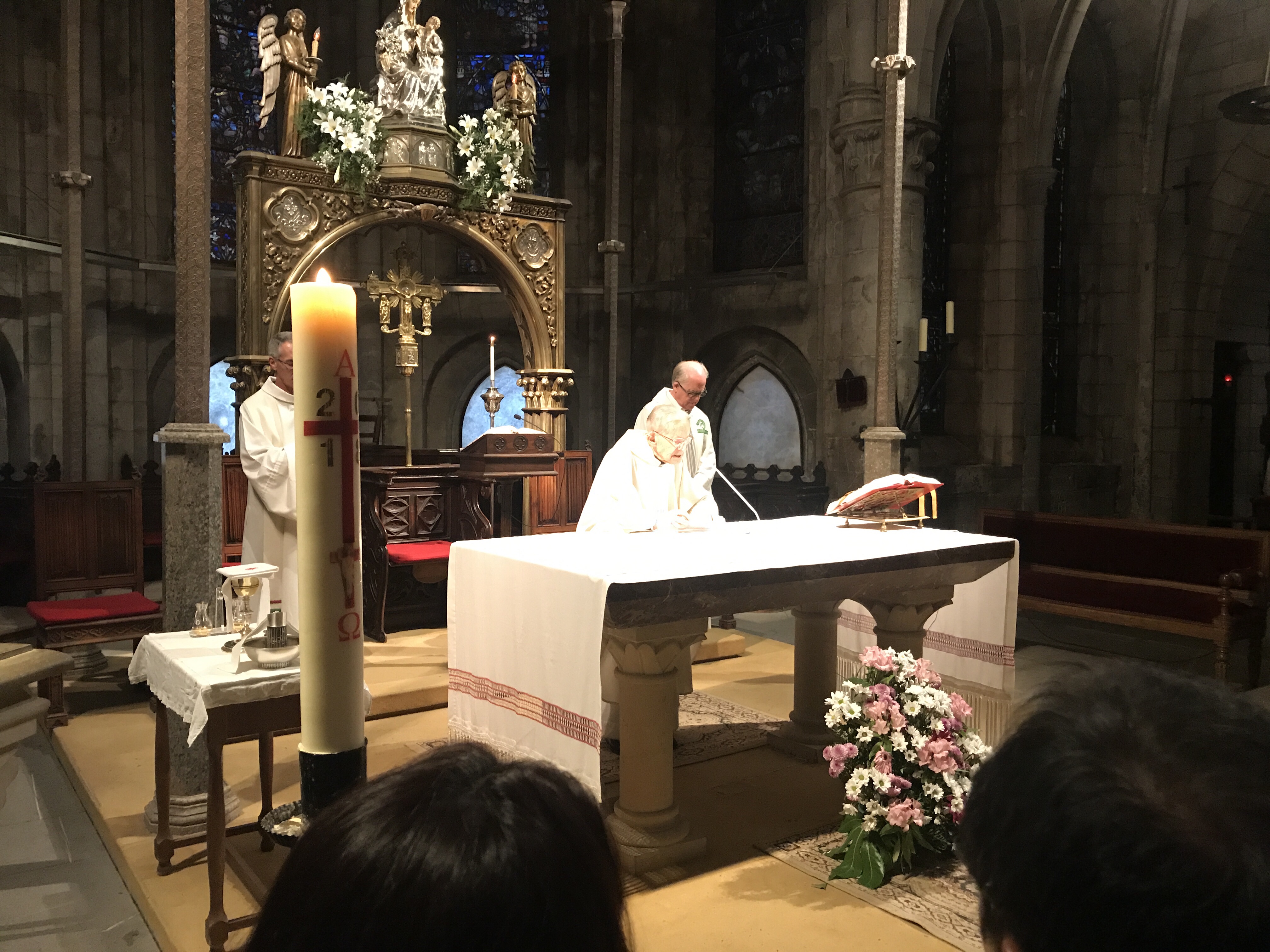 This morning was a cold one. Lots of rain and fog. A tough way to start, knowing how far I have to go.

We walked through farms and a few villages. We missed a turn in Burgete and were hailed back onto the path by some fellow pilgrims. Later, turning a corner quickly into Espinal, we ran into a bizarre parade of huge dancing figures. We never got an explanation. 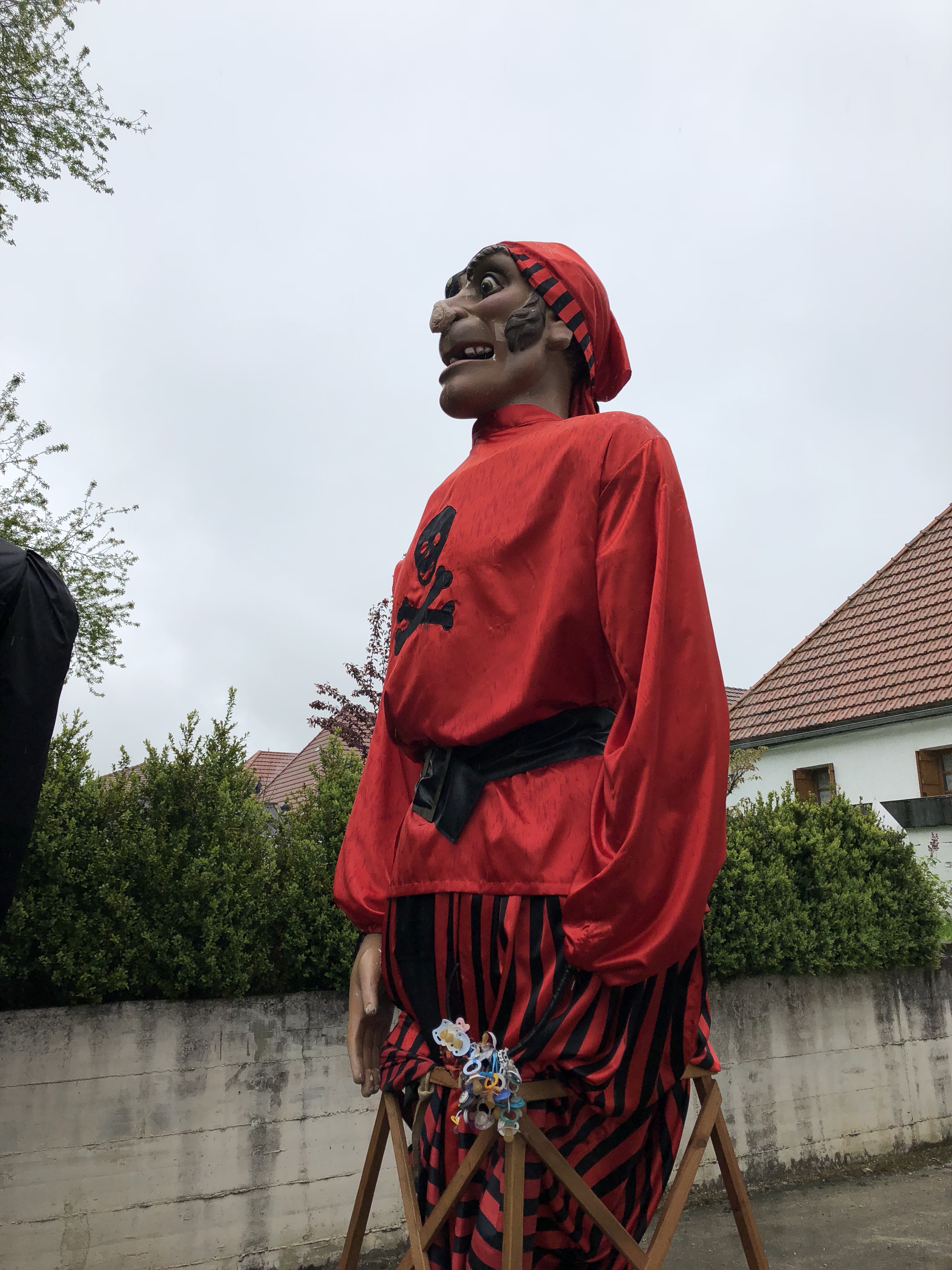 The trail mainly followed woodland paths. The undergrowth was so thick that we caught views only occasionally.

Mostly, we focused, heads down, on the trail, which had become a rocky running stream in the heavy rain. 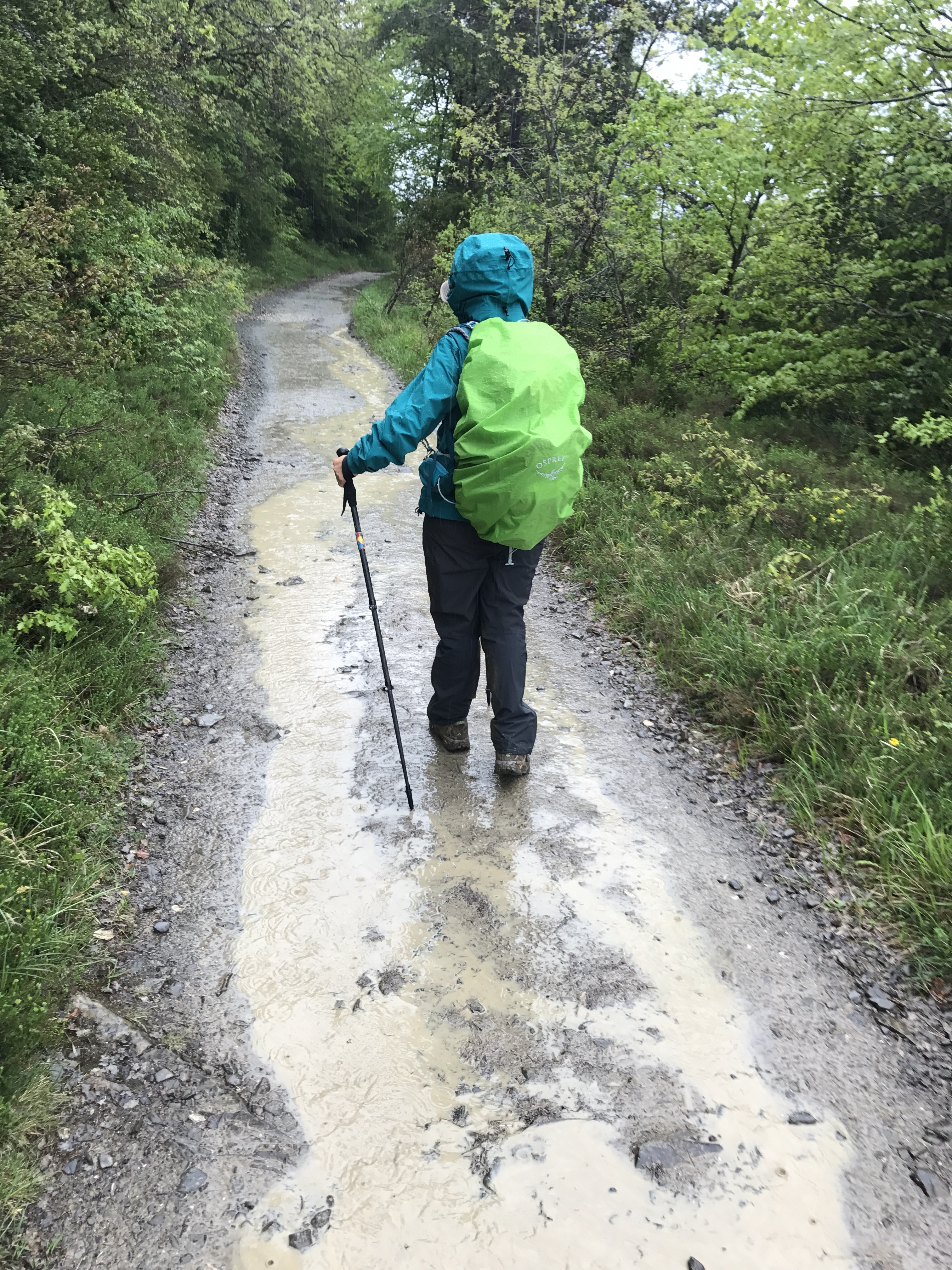 Walking was treacherous, so to keep our spirits up, we tried to come up with positive aspects of the day. We decided that we were grateful for the mud. It wasn’t the kind that sticks to your feet in clods and it didn’t suck your boot in as you lifted your foot. Instead, it was kind of greasy, allowing for ease of movement. That made it extra slippery, but we were careful and didn’t fall. The last hour, straight downhill into Zubiri was grueling. Overall, it tooks us almost 6 hours to go 14 miles. Unexpectedly slow going. But, as were exiting dinner, another pilgrim arrived, announcing that today’s walk had taken her 10 hours. We left her enjoying a large glass of sangria.

Our hotel in Zubiri had hot showers and soft beds. Dinner, at the only cafe in this small town, was delicious, especially after our lunch of apples, bread and ham, stolen from the breakfast buffet and eaten in the rain. Another thing to be grateful for.

We did stop along the way at a truck selling tea and snacks. While enjoying a lukewarm cup, we checked out the donation box, a place where pilgrims can donate things they don’t need and do not want to carry. Interestingly, it was filled with colorful padded bras. Anther Camino curiosity. 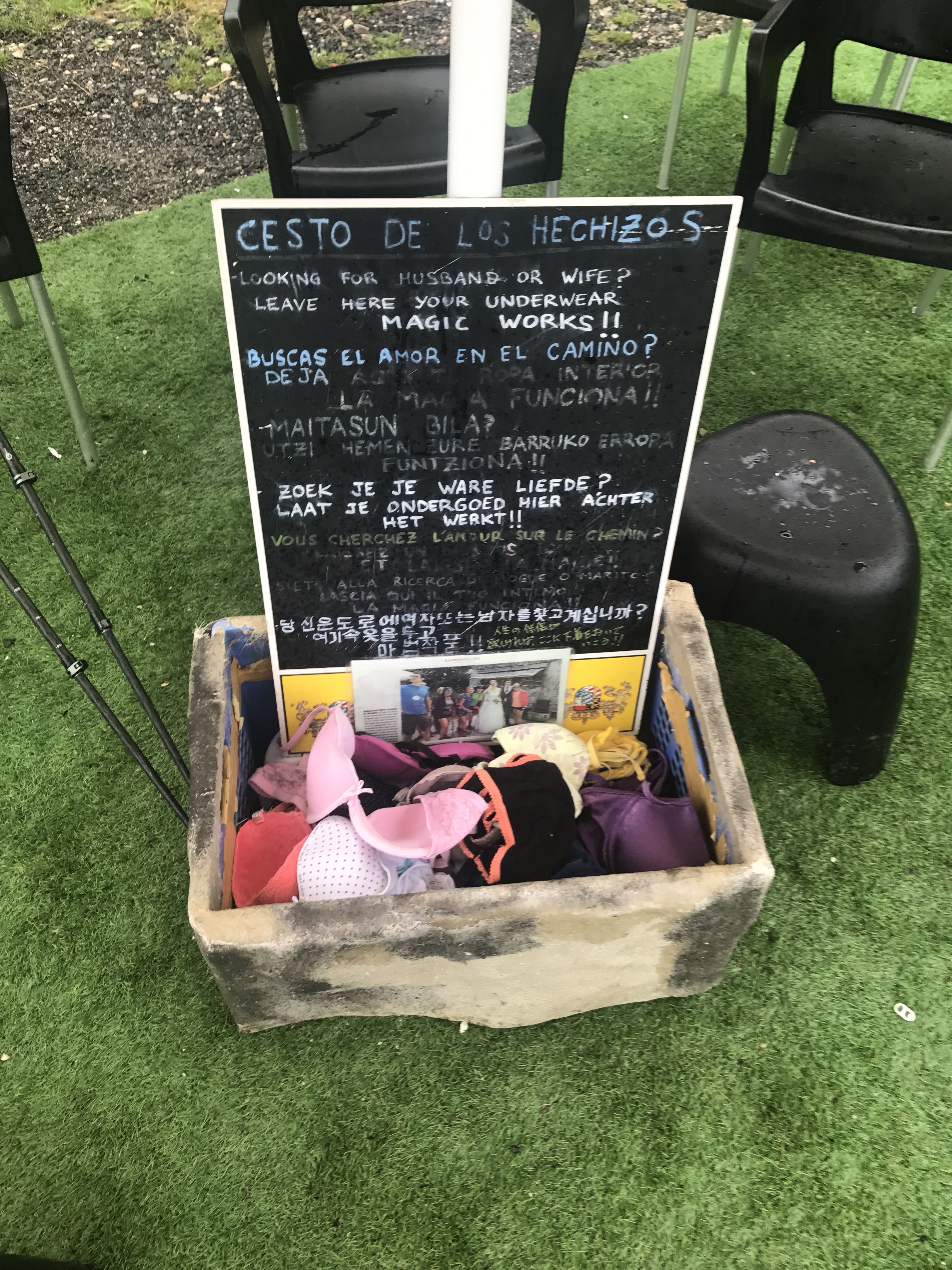 Where was Sam today? A little black cat greeted us as we crossed the footbridge into Zubiri. We think that was him. Oddly, while slogging through the mud at one point today, I found myself thinking, “Okay Sam. I hope you appreciate all this effort everyone is making for you.” Silly. I’m not doing this walk for Sam. I’m doing it for me.